Uterine bleeding is considered abnormal when it occurs outside of a period, involves extremely heavy or lengthy periods, or for post-menopausal women, any uterine bleeding is abnormal. Once cancer has been ruled out, identifying the underlying cause will help your doctor suggest a treatment plan that reduces or eliminates abnormal bleeding.

Often the first-line treatment for women of child-bearing age is to use hormones to reduce bleeding. There are several birth control methods that contain hormones. The most common method used is a hormonal intrauterine device (IUD). This "T"-shaped device is inserted through the cervix and placed in the uterus. The hormonal IUD can last up to five years, depending on the brand, before it needs to be replaced. Other forms of birth control used include the shot and pills. The IUD is preferred because you do not need to take daily medications or remember to get a shot every few months. Hormonal IUDs often make periods shorter, decrease bleeding, and reduce cramping. Since the hormones can regulate a woman's cycle, it may prevent bleeding outside of her period.

Minimally-invasive procedures may be used for certain underlying causes of abnormal bleeding. Women whose bleeding is caused by increased thickening of the uterine lining may benefit from endometrial ablation or a dilation and curettage (D&C). Endometrial ablation involves either freezing or burning the lining of the uterus to destroy the endometrium. It is reserved for women who have finished having children. Although there can be instances of women having their periods return after ablation, the procedure should be considered permanent. During a D&C, the cervix is dilated and a curettage is inserted. The tool is used to scrape the lining and scoop out the contents.

The most extensive procedure to stop abnormal bleeding is having a partial or complete hysterectomy. A partial hysterectomy involves removing the uterus while leaving the ovaries in place, whereas a complete hysterectomy removes everything. There can be advantages for some women to retain their ovaries. Women who want to avoid an abrupt menopause may choose to keep their ovaries, this way the perimenopausal stage is lengthy, but the effects are more gradual. The advantage of a total hysterectomy is eliminating any future risk of uterine, fallopian, and/or ovarian cancer, although an abrupt menopause can be harder for some women. Hormone replacement therapy may be necessary to reduce symptoms associated with menopause.

Abnormal uterine bleeding should be evaluated because it can be indicative of cancer or the bleeding may cause anemia. Once the cause is identified, there are many treatment options that can help women reduce the impact of abnormal bleeding.

For more information about treatment of abnormal bleeding, contact a local doctor. 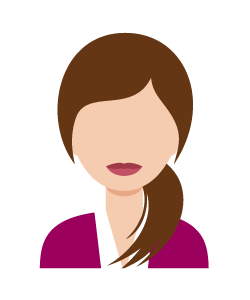 When my husband and I struggled to conceive our second child, I knew something wasn't right, but I wasn't sure what. I went through several appointments with my OBGYN before finding out that I had an autoimmune disease that affected my thyroid, which in turn affected my fertility. The process was overwhelming, and the feelings I faced afterward were challenging. I knew that there had to be others going through the same thing, and I didn't want them to feel alone. I created this site to share what I've learned about fertility and gynecology in the hopes of reaching people like me and helping them understand, too.

Treatments For Abnormal Uterine Bleeding
24 May 2022
Uterine bleeding is considered abnormal when it occurs outside of a period, involves extremely heavy or lengthy periods, or for post-menopausal women, …

Pregnancy Care For Moms With Morning Sickness
7 February 2022
Morning sickness is common among moms-to-be in the first trimester. Often, it comes on as waves of nausea, which ease up throughout the day. However, …

How Your OB-GYN Doctor Can Help You Manage Your Weight
9 August 2021
Maintaining a healthy weight is important for overall health. Unfortunately, women can be more prone to weight gain than men because of their hormonal …